There are also Sonic foam dart versions avaliable too. 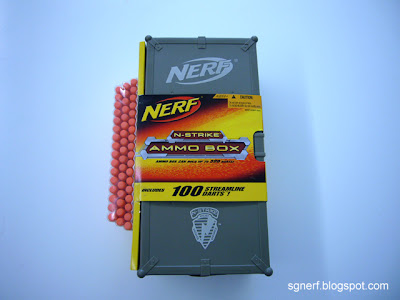 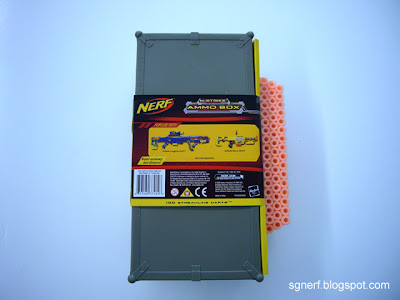 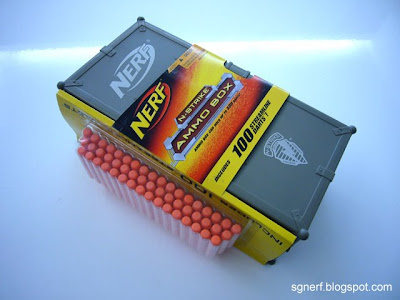 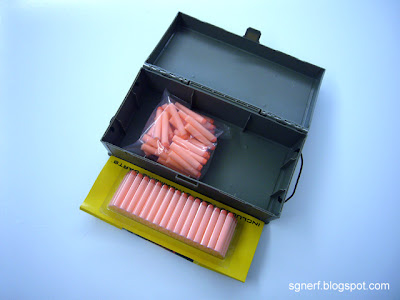 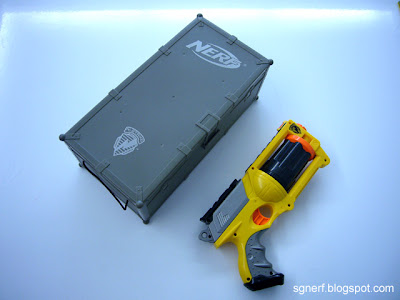 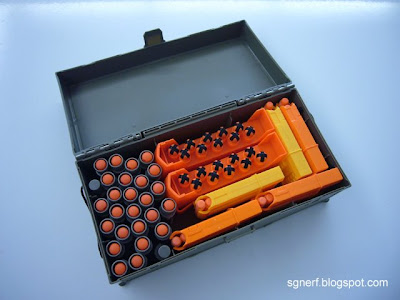 
Email ThisBlogThis!Share to TwitterShare to FacebookShare to Pinterest
Posted by SG Nerf at 9:13 PM 31 comments

The Nerf Rapid Fire 20 is a unique nerf blaster that's powered by compressed air (similar to the MagStrike or Hornet) with its air tank filled via an in-built pump handle. It will require approx. 20+ pumps to fill it up fully.

Design-wise, the Rapid Fire 20 (aka RF20 in short) belongs to a classic era of Nerf blasters, the hive barrel and exposed tube design can be seen as rather "old skool" compared to the latest modern N-Strike blasters, but what the RF20 lacks in looks, it more than makes up in sheer foam dart firing capability.

Its rate of fire will impress everyone, the RF20 can be fired in both Semi-Auto or Full Auto (mode selection is done via a dial on its side). In Full Auto mode, the RF20 can fire an average of 8 rounds per second, that's 480 rounds per minute! This makes it just about the fastest firing blaster in the current Nerf range.

All this operates via its auto-rotating multi-barrel turret which has a 20 foam dart ammo capacity. It is compatible with all Nerf foam darts too.

Note: The RF20 sets i've reviewed here are purchased from Jusco Toys R Us in JB, and these are the standard versions with a black/red color scheme. There is actually a newer version called the Nerf N-Strike AS-20 which is essentially the same mechanically, but has an updated black/yellow color scheme and embossed with "Nerf N-Strike" logos. 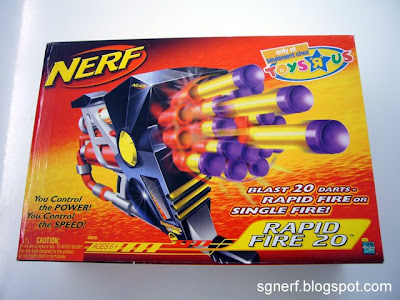 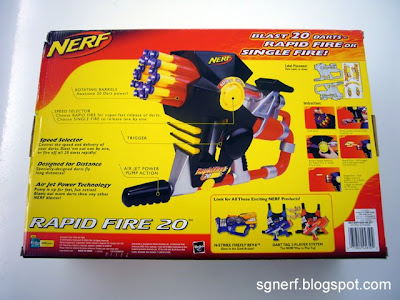 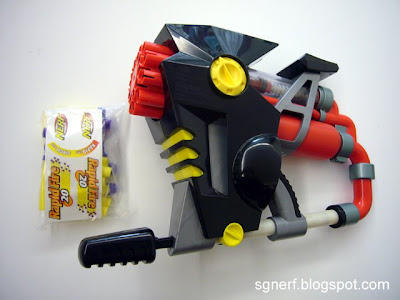 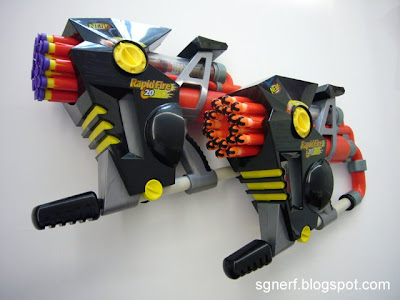 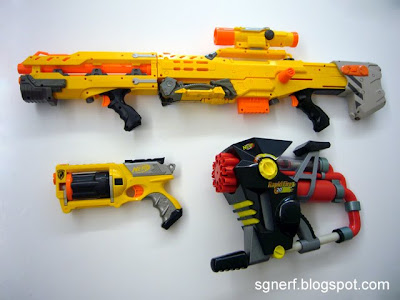 Here is a test fire video of the Nerf Rapid Fire 20 in action, i've used 3 sets to demonstrate the various firing combinations:

Whether its for participating in Nerf skirmish games or just to impress your friends and colleagues, I would highly recommend the Nerf Rapid Fire 20! :)

Email ThisBlogThis!Share to TwitterShare to FacebookShare to Pinterest
Posted by SG Nerf at 8:32 PM 55 comments

The Straits Times (Singapore) has published a News Article about the Nerf SG community! 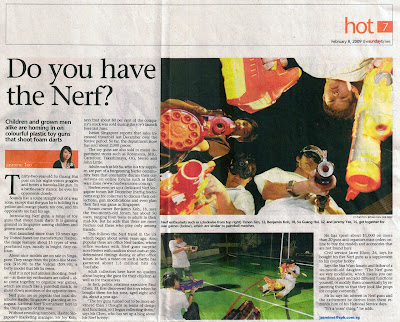 Imho, its a well researched and informative write-up, kudos to ST journalist Jasmine! :)
Email ThisBlogThis!Share to TwitterShare to FacebookShare to Pinterest
Posted by SG Nerf at 8:52 PM 0 comments