Check out the Nerf Recon CS-6!

The Nerf Recon features a modular component design, users can swap the various parts to customize it to fit any tactical situation.

It's loading/unloading and manual bolt action firing mechanisms are similar to the Nerf Longshot, but in a more compact scale with the bolt slider situated on top instead. Both the Nerf Recon and Longshot can utilize the same parts and tactical attachments. In addition, both use the same 6-dart magazines and are only compatible with streamline foam darts.

The average firing range of the Nerf Recon is similar to the Nerf Longshot at around 25-30 ft.

Note that the Nerf Recon is packaged with only 1 x 6-dart magazine, it can hold a spare magazine in its butt stock but you'll have to purchase that separately. 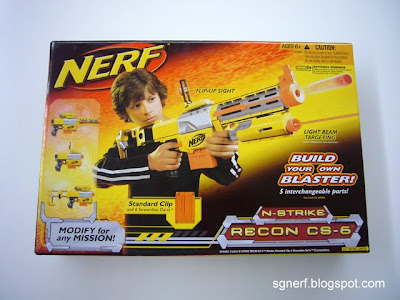 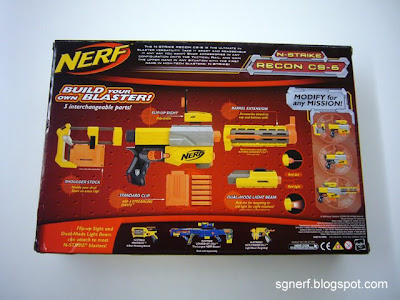 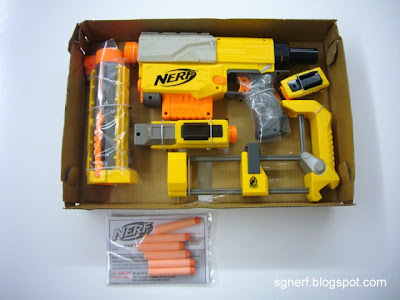 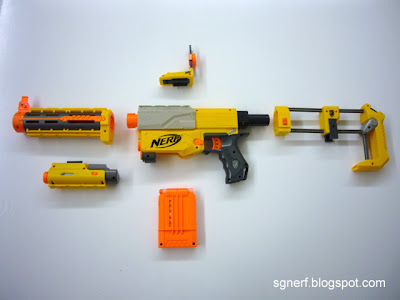 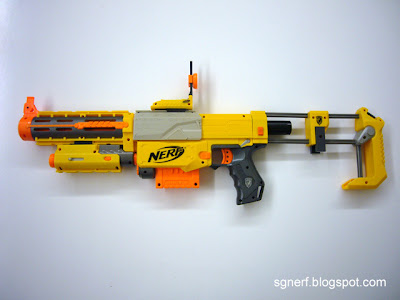 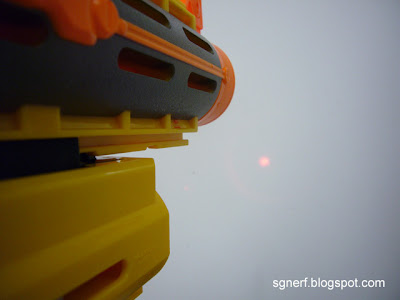 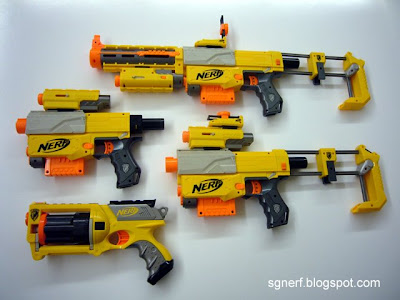 
Email ThisBlogThis!Share to TwitterShare to FacebookShare to Pinterest
Posted by SG Nerf at 8:43 PM