The NerfSG forum community participated as an exhibitor in the Toy Carnival 2009 at Singapore Arts Museum on 5th July 2009, with a full display booth, showcase and dedicated nerf demo game area!

The crowd at the event was excellent, many visitors got to try out blasters, chat about the nerf hobby and observe game scenarios demonstrated by NerfSG forum members.

Credit goes to all the booth OICs, helpers and game demonstrators, you guys did a really great job making the event a big success!

.
Email ThisBlogThis!Share to TwitterShare to FacebookShare to Pinterest
Posted by SG Nerf at 11:30 PM 4 comments

The new Stormfire blasters are manual single shot blasters which are primed by pulling back the charging handle at the back of the blaster. Each blaster has 4 additional storage holders for foam darts. Average range for this blaster is around 25-30 ft.

This is also the debut of green Nerf foam darts! :)

The new scoring vests sport a new design and color scheme. In addition, the new vision gears now have a rubberized plastic frame.

In Capture The Flag mode, the electronic flag is armed and left at an objective. There is no time limit. When a player picks up the flag, it will detect the motion and sound a continuous alarm, marking the location of the player. The flag carrying player will have to run back to the designated base to score flag capture points.

In Seek And Disarm mode, the electronic flag is armed and left at an objective (preferably hidden). Players split into 2 teams (Attackers & Defenders) and set a time limit of 5 or 15 minutes (5 minutes recommended for smaller game areas). Attacking players have to find the flag and press the button on top to "disarm" the flag, thereby scoring a win for the attacking team. 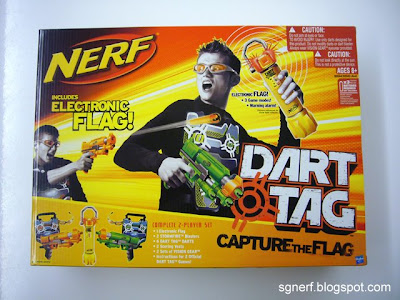 Nerf Capture The Flag - Box (Back) 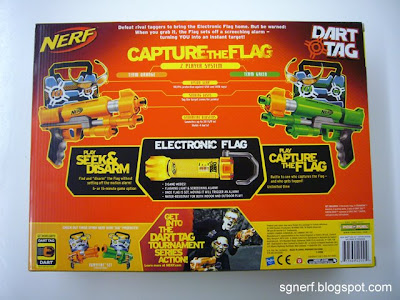 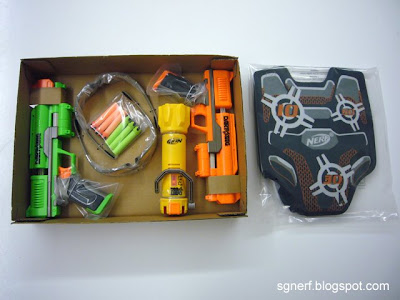 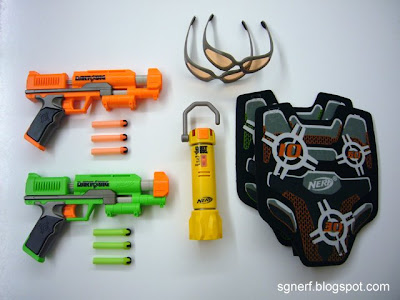 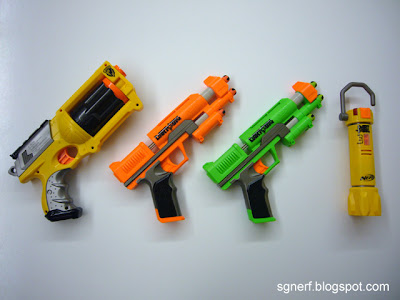 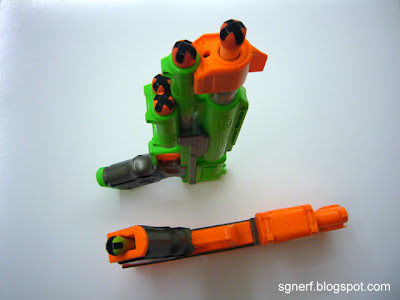 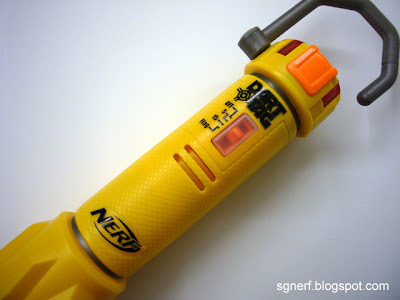 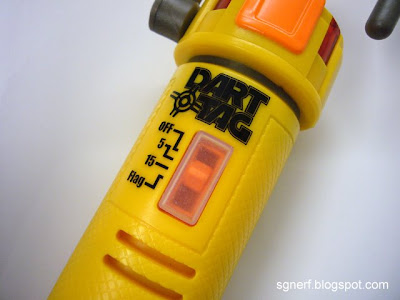 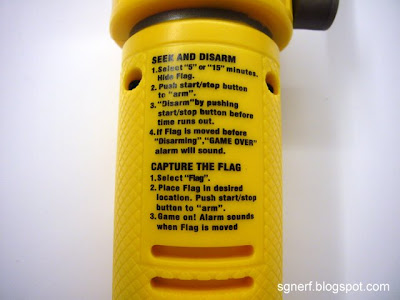 
Email ThisBlogThis!Share to TwitterShare to FacebookShare to Pinterest
Posted by SG Nerf at 3:00 PM 11 comments