Posted up on NerfHaven by kevinericon, is what looks like an as yet un-named Nerf blaster. 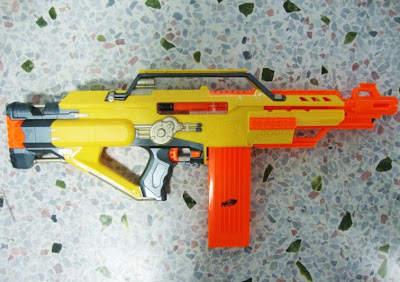 Is it a prototype? A final production model? or just a really good photochop? :)

Only time will tell... hopefully more information pops up about it.

Note: The original forum thread that this photo appeared in has since been deleted.
Email ThisBlogThis!Share to TwitterShare to FacebookShare to Pinterest
Posted by SG Nerf at 10:00 AM