Clear the way for the Nerf Stampede ECS!

Its firing system is fully motorized, there is no manual priming mechanism (without any batteries, it cannot fire). The bolt will complete a full firing cycle everytime before coming to a stop in the breech open position, therefore clips can be loaded and unloaded anytime.

The Stampede can fire in full auto or in bursts, depending on the duration of trigger pulls. Firing single shots at a time can also be done by simply pulling the trigger briefly and letting go, the firing mechanism will fire a shot, return back to the breech open position and stop. Its all in the timing of the trigger pulls.

Any jams that occur can be cleared via the sliding access hatch positioned just above the bolt.

The blaster is equipped with a tactical rail mounted Pop-Out Bipod which can be used as a conventional vertical foregrip, or with the press of a button, deploy 2 hidden legs to convert itself into a bipod for support on surfaces.

It also comes packaged with a tactical rail mounted Blast Shield, this shield can be mounted and dismounted easily with a pinch-lock system.

The Stampede's stock rate-of-fire (RoF) is around 180 rounds-per-minute (RPM). Average stock range is around 25-30ft.

Available at Toys R Us and most major dept stores in Singapore. Retail Price: SGD$109.90.

For internal photos of the Nerf Stampede, click Here. 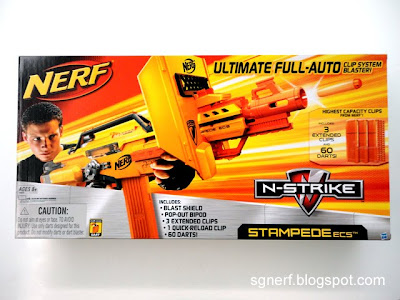 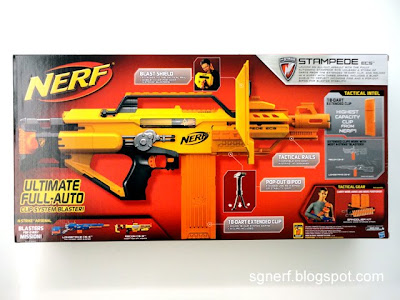 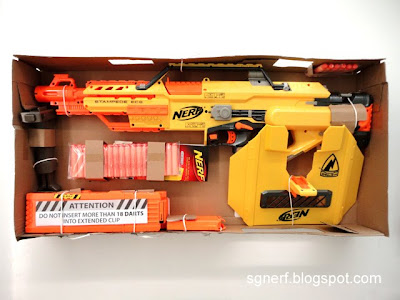 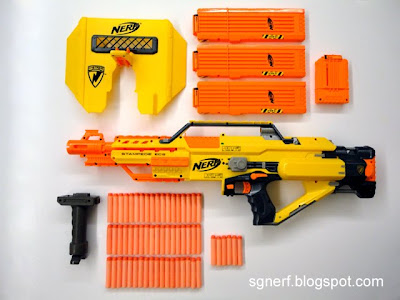 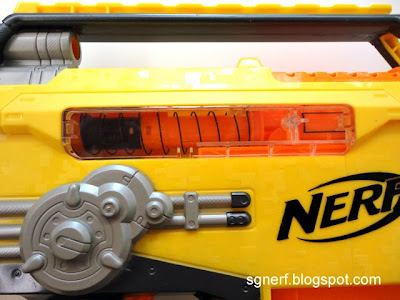 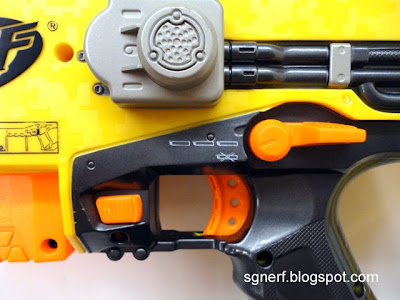 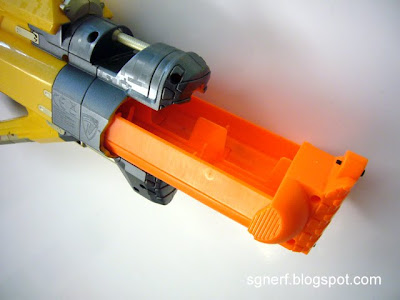 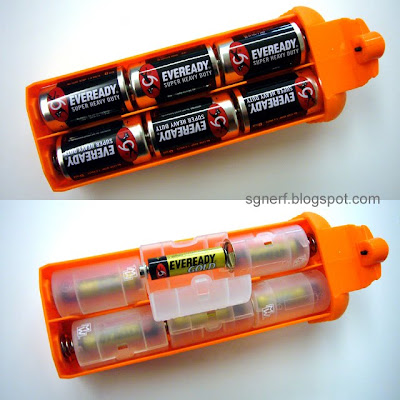 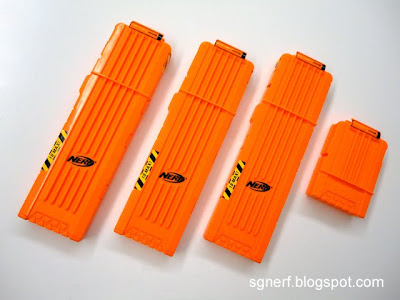 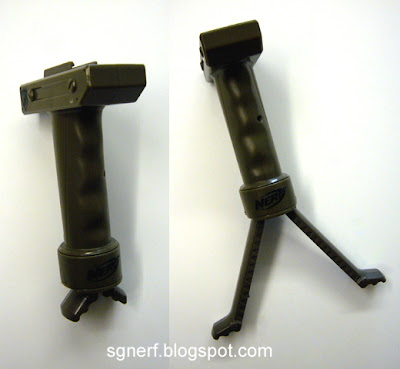 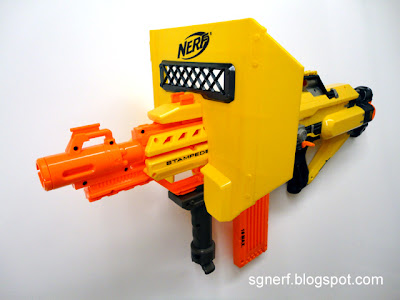 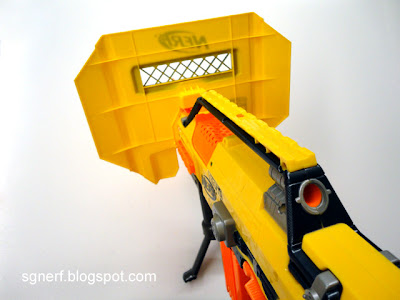 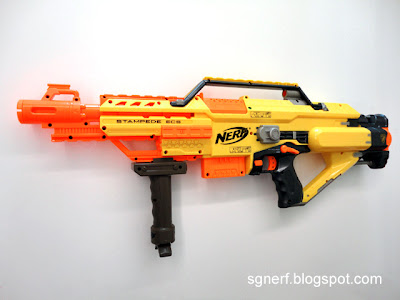 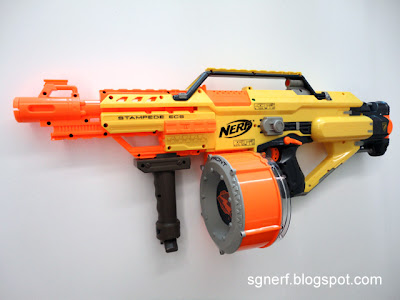 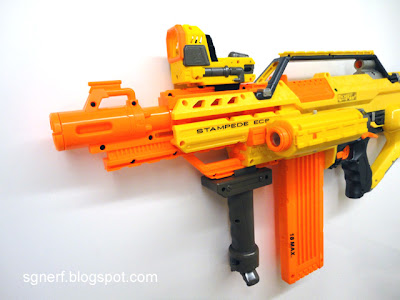 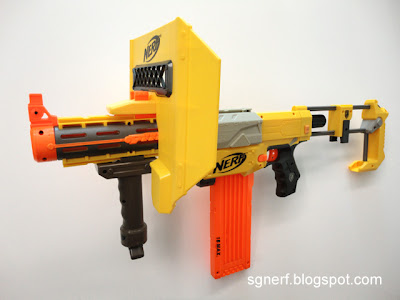 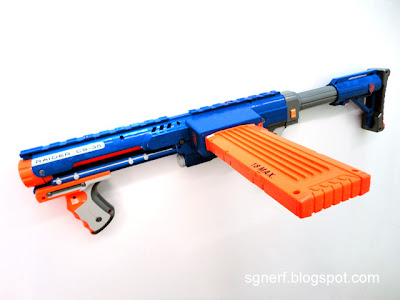 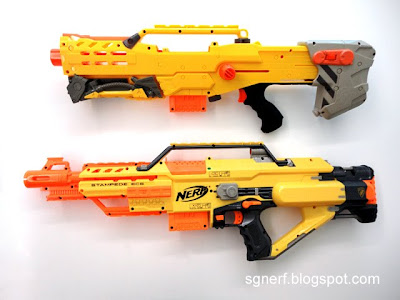 
Email ThisBlogThis!Share to TwitterShare to FacebookShare to Pinterest
Posted by SG Nerf at 9:00 PM